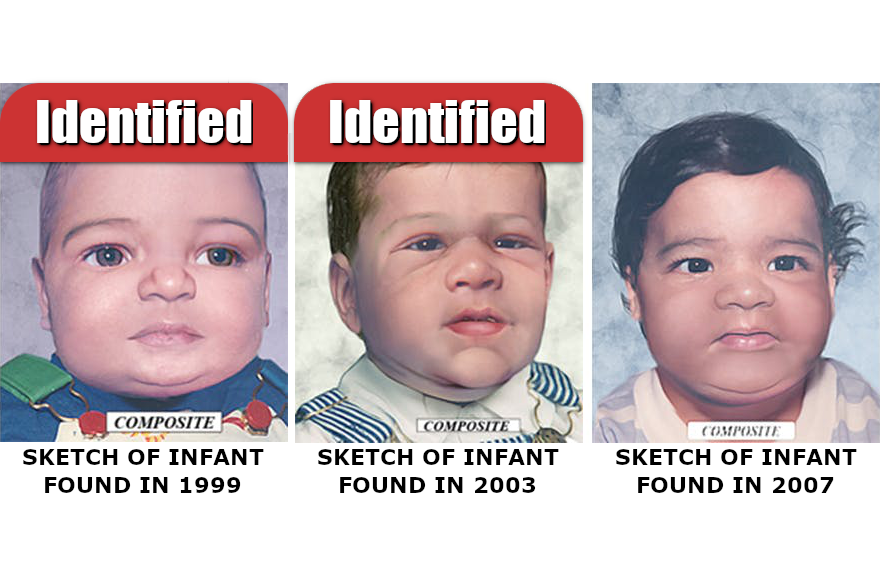 Finding Closure for Baby Does

The Goodhue County Sheriff's Office is investigating the circumstances into the deaths of three newborn infants found in their jurisdiction between 1999 and 2007.

On November 4th, 1999, a newborn female infant was found wrapped in a white towel floating in the water of a small boat harbor in the city of Red Wing, MN. The infant had been in the water for a period of time and was decomposed.

On December 7th, 2003, a newborn male infant was found on the shore of Lake Pepin, which is part of the Mississippi River in the area of Frontenac, Minnesota. Frontenac is located just south of Red Wing, MN, which is located in Goodhue County. The evening of December 6th, the beach had been walked and the infant was not present. The afternoon of December 7th, the body of the infant was found on the beach. It is unknown where the baby had been placed in the water or for how long.

Through other DNA testing that was done during the mid-2000's, it is believed that the 1999 and 2003 infants are related through maternal family.

Funds donated to this JusticeDrive Campaign will be utilized for Snapshot DNA Analysis. Donations exceeding the campaign target will be used for other Goodhue County cold cases.